Posted on April 25, 2010 | Comments Off on Presidents who looked like actors

This is what I learned during a visit to the National Portrait Gallery’s presidential portraits room: Many of our presidents looked like actors or movie/TV characters. 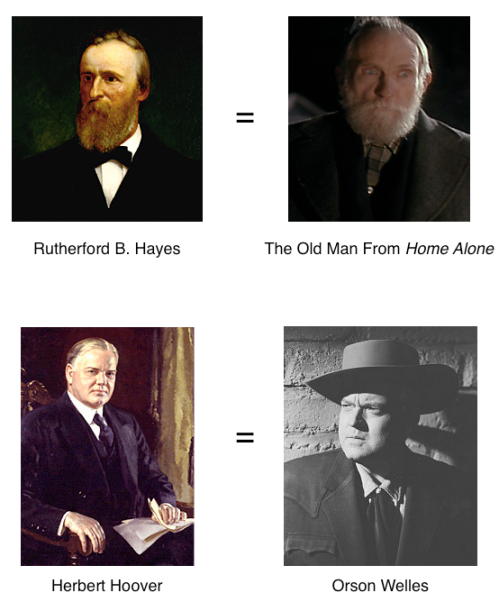 I think McKinley looks like an older Don Draper (same piercing glare). Others think he looks like a vampire.

In defense of the Pulitzer Prizes

A few hours before the 2010 Pulitzer Prizes were announced Monday, Albritton’s Jeff Sonderman tweeted: “Food for thought: Is journalists’ pursuit of journalism awards (Pulitzers) bad for journalism? Does it mislead priorities?”

The question reflects a percolating cynicism toward, if not outright backlash against, the prizes and journalism awards in general over the past few years.

Journalism-sacred-cow-tipper Jeff Jarvis has written several posts criticizing various aspects of the Pulitzer Prizes and culture (distilled: they turn “the profession into a circle-jerk of mutual self-love”). Gawker Media honcho Nick Denton wrote an anti-Pulitzer post on the occasion of the 2008 Pulitzer announcement, arguing that “these self-congratulating awards, and the attention devoted to them, are symptomatic of the decline of the newspaper industry.” The Washington Post’s Walter Pincus joined the parade last year with an essay in Columbia Journalism Review titled “Newspaper Narcissism” (subscription required to read more than a preview; I don’t have a CJR subscription, but read a slightly longer bootlegged preview).

I’m a world-class cynic, and I’m all for tipping sacred cows when warranted. But I just can’t hop on this bandwagon (or bandtricycle — I don’t want to fall into the false-trend trap, either). While the list of the news industry’s problems and self-inflicted wounds is long, I don’t think the Pulitzer Prizes belong on it.